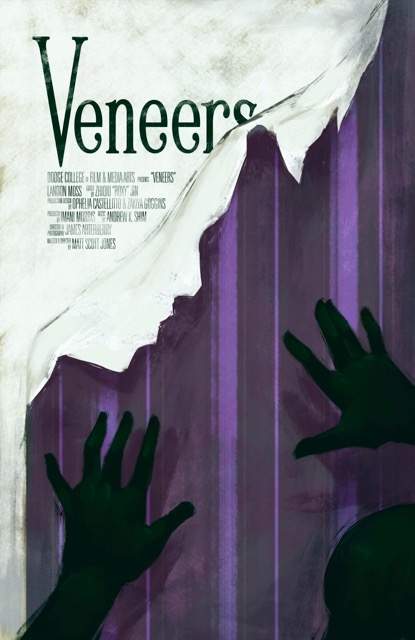 An audience might be entertained by a story but their connection is with a character. Getting to feel what a character feels, to experience the world as they do, this is what leaves a lasting impression. This can also open a window of understanding. Veneers is a film that takes us into the mind of a young adult man named Trevor, a man overwhelmed by those around him and desperately trying to calibrate his own happiness with those whom he cares about. The film is a slowly constricting coil of pressure that pushes Trevor to an unsustainable point. The events that occur during the film are not unheard of, and that’s not the point of the film. What Director/Writer Matt Scott Jones and editor Zhiqiu “Roxy” Jin have so adeptly crafted is more experience than narrative. Veneers peers into the very soul of Trevor and give the audience a glimpse into the unspoken pain that can crush someone who seems to have it all together.

The empathy that great filmmakers possess and can transfer is truly remarkable. The news is simply a collection of facts that cannot resonate without context. Filmmaking however allows an understanding among different people to inhabit the same life experiences. Within the first few seconds of Veneers, it’s apparent that this film is going to take liberties with the perception of reality. When dark faceless figures begin animating Trevor’s actions and thoughts, it’s easily understood that these are the forces controlling him to be the “right” kind of young man to appease the various people who are important to him. Literally and figuratively, Trevor has relinquished control of his life over to others. The unique approach the filmmakers have taken to present this story allows us to simultaneously see the “real” events unfolding around Trevor while being inside his thoughts and emotions. Trevor is not only the centerpiece of the film; he is the inner monologue in corporal form.

While there certainly is a plot to Veneers, the film quite simply is Trevor. The audience experiences him rather than just what happens around him or to him. Editor Roxy Jin has created something awe inspiring with her approach for Veneers. Ms. Jin received the award for Best Editing for Veneers at the New York International Film Awards. She imparts, “I’ve always believed that an intriguing character is more important than an interesting plot. An authentic emotion of the character automatically leads to a convincing story. I am very sensitive to capturing the character’s emotion and I connect with the character easily and therefore tend to edit based on the character, compared to others who edit only based on the plot. During the post-production process, when reviewing the film I am editing, I will try my best to make myself be an audience who watches the film for the first time, which is a difficult task for editors.”

With graceful subtlety, Roxy has given power to moments which quietly bring the viewer into Trevor’s internal and withdrawn state. When his proud and doting parents visit his apartment and his father begins to uncover a mirror, the atmosphere freezes just for a moment, but this moment is long enough to make us question the metaphor and where it will lead. When Trevor’s friend Victoria asks him to be the sperm donor for herself and her partner, the cuts between her increasing excitement and his trepidation maximizes the contrasting emotional states. Veneers is the type of film which offers benefits from multiple viewings. Minute hesitations of the camera or expressions by the characters offer revelations perhaps overlooked on an initial viewing; a testament to the care Roxy took in guiding the audience toward Trevor’s state of mind. It’s evident that in addition to her skill, Ms. Jin is predisposed towards empathy. Matt Scott Jones confirms this stating, “Roxy is my most frequent collaborator because it often feels like she and I share the same brain when working on a project. There are many instances where I don’t even know how to voice a suggestion and Roxy will already be thinking of the same idea and have a way to achieve it. Her intuition makes working with her easy and enjoyable.”