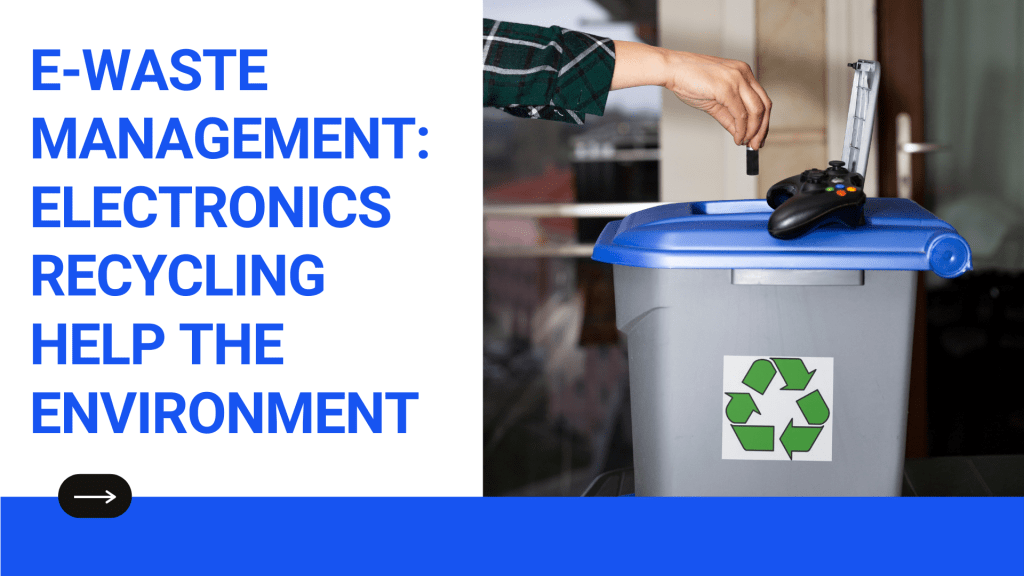 More and more states are forcing electronic waste to be recycled in order to keep it out of community landfills. There are also ongoing efforts to help raise awareness about the benefits of recycling electronics.

So, why is electronic waste recycling such a hot topic these days? Since the data shows that throwing laptops, mobile phones, tablets, computer monitors, and a variety of other devices in the trash poses significant environmental risks. So that’s why recycling is a hot topic today.

E-waste is usually made of Substances That Are Toxic

Testing has shown that the materials used to make these devices can poison the soil around the landfill, because it contains a lot of lead and mercury and very harmful to the climate. They’re simply dumped in landfills and left to leach into the ground, particularly during the summer months. When e-waste is heated, hazardous chemicals are released into the air, harming the environment; this is one of the most serious environmental consequences of e-waste. These hazardous materials contaminate groundwater, causing harm to both land and sea animals.

Electronic waste can also pollute the environment. There are items that should not be thrown away because they contain lead, mercury, cadmium, and other potentially hazardous chemicals.

There have also been studies that suggest a connection between e-waste in landfills and potential health risks, such as severe respiratory problems. Researchers took air samples from a vast e-waste dismantling area in China and found that these products had a harmful effect on human lung cells, according to the journal Environmental Science Letters.

Furthermore, many contaminants are released by e-waste, and these pollutants can accumulate in the human body as a result of swallowing polluted air.

Responsibility for the management of electronic waste.

It is important to develop a global strategy for handling the volume and flow of e-waste but   will require an international protocol on e-waste, funding for technology transfer, stronger national import and export regulations, and enhanced consumer awareness of the issue. Researchers and regulators should establish a global e-waste flow system that includes the manufacture, use, disposal, recovery, and remanufacturing of electrical products over their entire life cycle.

Beyond better electronic waste recycling, the ultimate goal should be a circular economy focused on cleaner production and less unnecessary use, which includes the adoption of a shared economy and cloud-based technology with smaller environmental footprints. China can take the lead as the world’s largest manufacturer of electronic products and the source of the most e-waste.

In India, there are a variety of options for dealing with E-waste.

In 2016, the Ministry of Environment, Forestry, and Climate Change issued the E-Waste (Management) Rules, which aimed to minimize e-waste generation while increasing recycling. According to the report, the government implemented EPR, which requires manufacturers to collect 30% to 70% of the e-waste they generate.

For a stronger management of environmental and human health effects, the informal sector must be transformed into a consistent recycling system. In the evolving scenario, several attempts have been made to integrate the current informal sector. Alternative business models for guiding informal sector associations towards authorization.