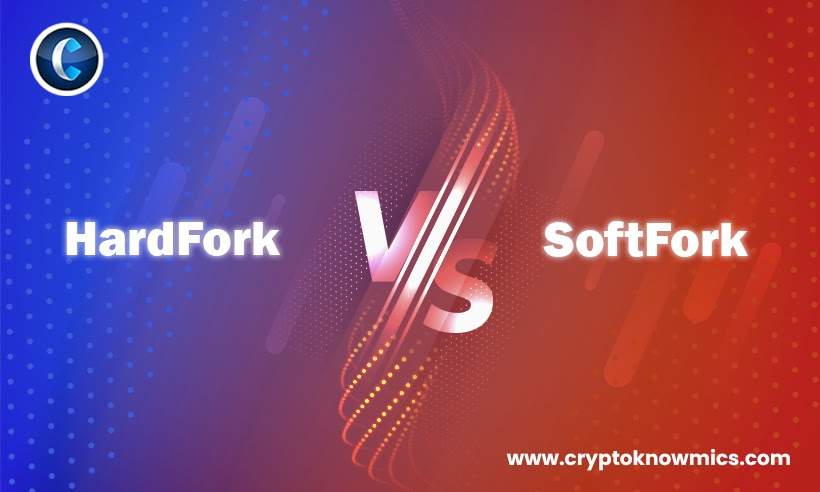 Be it any software, application, or platform, updates are necessary for the better functioning and removal of bugs and flaws. Constant upgrades help in providing the application or software a boost in performance. Such updates in the field of crypto are known as Forks and are divided into two major categories; Soft Fork and Hard Fork.

With the technology being decentralized all the participants in the network are required to follow a set of rules to work along that are called protocols. The size of a block on any blockchain is among the most common set of rules, and it is kind of a reward given to the crypto miners for extracting a brand new block.

What is Soft Fork in Blockchain

A Soft Fork can be understood as an alteration or modification in the protocol of the cryptocurrency and as a matter of fact, this change is backward-compatible. Backward compatibility of this change means that the nodes would be efficient to execute transactions  and even push new blocks to blockchains if in case they are not updated to the latest version.

However, they would be able to do so only if they do not violate the rules of the brand new protocol.

This can be better understood with an example, let’s suppose that a soft rock sets up a new rule which states that the size of the block should not exceed 2 MB. The nodes that would be there in the network will still be having the ability to execute transactions and push new blocks that do not exceed the size of 2 MB.

On the other side, if the old nodes try to push a block whose size exceeds 2 MB and tries to carry out a transaction, then the block will be rejected by the new nodes as it is breaking the new rules.

Soft Fork does one simple thing to encourage the older or outdated nodes to update themselves whenever a brand new protocol gets entrenched.

What is Hard Fork in Blockchain

Hard Fork as the name suggests is just opposite to the soft forks as these protocols of cryptocurrencies are completely incompatible with the earlier versions of the blockchain. This implies that if the nodes do not get updated with the latest version, then neither the transactions would be processed nor the new blocks would be pushed to the blockchain.

This type of alteration in blockchain can be utilized for performing a variety of functions including making changes or improvements in the existing protocol, or even in the creation of a brand new protocol or blockchain.

For example, let’s consider a protocol that is established mentioning the size of the block should be 4 MB. Thus, if even the upgraded node makes an effort to push a node of size 3 MB, the previous node will not accept the block and will reject it seeing that the block is invalid.

Depending upon the situation, hard forks can be of two types, planned as well as controversial.

Planned Hard Fork– When a hard fork is planned, then all the participants in the network will actively be upgrading their software to the latest version so that they are compatible with the new rules. In case a node is left un-updated, then it will be left to mine on the old chain on which, the number of people would be very few.

Controversial Hard Fork– It happens due to any kind of disagreement in the community that leads to the forking in a protocol eventually dividing it into two separate blockchains that are not compatible with each other. In these types of cases, the developers are left with the decision to progress in their choice of blockchain. Moreover, both the blockchains will be having their own community.

In addition to this, as the forks are naturally based on the original blockchain, they will be holding all the transactions from the original version of the blockchain.

Due to the open-source nature of cryptocurrencies, numerous individuals and institutions are making an entry into the industry, hence, at this point in time, it can only be expected that the forks will eventually become an essential part of the development of cryptocurrencies.